Momax is a member of The Huntik Foundation Council. He appears to be quite plump in size. He is often seen to sit between Metz and Nasher.

Momax was present at the holographic meeting called by Metz to congratulate the Council members on their accomplishments. S1E21

Momax was present during the meeting where Nasher alerted the council that his Seekers in Salon Museum had been attacked by the Organization. S2E28

Momax joined the council on the longest night of the year to discuss plans to stop the activation of the Spiral Mark. S2E49 During the final battle at the Spiral Mark, he helped Montehue defeat Wind and Shakrit, by utilizing the Mjolnir Hammer. S2E52

Following the defeat of The Betrayer, Momax was seen with the council as they were joined by a new member, Dante Vale. S2E52

During one of the meeting, he was afraid that his Seekers would be in danger and demanded more security for them. He is quite smart and is always coming up with new ideas to stop The Organization.

Momax is quite strong since he is able to wield the extremely heavy Hammer of Thor and defeat Shakrit with the impact. 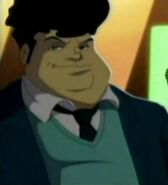 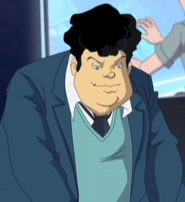 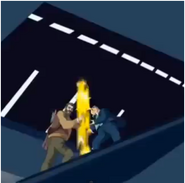 Montehue and Momax wield Mjolnir, Thor's Hammer
Add a photo to this gallery

Retrieved from "https://huntik.fandom.com/wiki/Momax?oldid=81503"
Community content is available under CC-BY-SA unless otherwise noted.