Mythras is the Legendary Titan of Valor. He resembles a blue, lion-like centauroid with hair of blue-hot flames. He rides into battle with golden, plate-mail armor adorned with red gems. Mythras will only bond with someone with a courageous heart, and, as such, his Ring was the prize of the Casterwill family's Trial of Courage.

Mythras was the Titan of the younger son of Casterwill. Bonding with Mythras was the goal for any Casterwill noble attempting the Trial of Courage at the Fortress of Iron Will, a test to determine if they are worthy of leading the elders. S2E39

In order to make claim for leadership of the elders, Sophie Casterwill embarked on the test accompanied by Lok Lambert and Cherit. After battling fear monsters and overcoming her feelings of self-doubt, Sophie was successful in bonding with Mythras. S2E39

Upon returning from the test, the elders were still hesitant to support Sophie's wishes. During the Blood Spiral attack on Iron Will, Sophie failed to invoke Mythras as she lacked confidence in her heart. However, after the sacrifice of Nimue Casterwill, Sophie again tried and was able to invoke Mythras against Kiel. Mythras defeated Balenpyre but was beaten by Efreet King, Kiel's strongest Titan. Following the battle, Sophie gave the Ring of Mythras to Vivian Casterwill to reveal Vivian's own latent courage in the wake of her grandmother's death. S2E40

Vivian later used Mythras to protect herself against Shauna and save White and Mallory in the battle against the Betrayer at the Spiral Mark. S2E51

Mythras can roar out energy beams and possesses vast physical strength as well. He can also heal the weak and weary by renewing both courage and the body. He also possesses razor sharp claws, and can gallop at great speed. 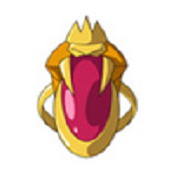 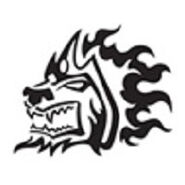