Nighlurker is a creepy monster of a Titan that once served as a guardian of Egyptian tombs. It likes to ambush unsuspecting Seekers and drag them off into the darkness.

Nighlurker was invoked by Klaus to attack Lok Lambert. It helped Ammit Heart-Eater battle and defeat Metagolem. It then battle against Lok, Sophie and Dante's Hoplite Titans. S1E16

Klaus's Nighlurker attacked Dante in the large battle in the Castle of Vlad Dracul. Dante, however, kicked it into a wall. S1E17

Rassimov's Suits invoked Nighlurker to defeat Forest Queen Diana in a fight with Hippolyta. Nighlurker was summoned later on to attack the Huntik team but defeated by Metagolem. S1E19

A Nighlurker Titan was used by the Casterwill Hunters to ambush the Huntik team on their quest for Phoenix. Nighlurker fought with Powerbonded Caliban but sacrificed by its Seeker, in an attempt to get more energy, using Powerlock. S2E44

Scarlet Byrne was attacked by a Nighlurker Titan during the great battle at the Blood Spiral Base. The Titan was pinned down and defeated by Montehue's Fenris. S2E51

Using its Shadow Ambush ability, Nighlurker can hide in the shadows that surround it, and can then appear from any other shadow around. The large mouth where his abdomen would be possesses many sharp teeth with which is used to bite down on its enemies. Its saliva is said to contain deadly poison that can melt an enemy's armor like caramel. Huntik Magazine 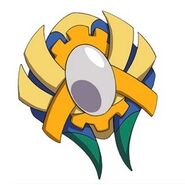 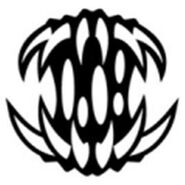 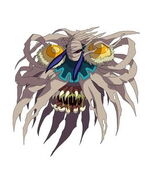 Nighlurker
Add a photo to this gallery
Retrieved from "https://huntik.fandom.com/wiki/Nighlurker?oldid=90041"
Community content is available under CC-BY-SA unless otherwise noted.