Start a Wiki
Oddrey 2 is a Gaia-Titan which resembles a Venus flytrap. It was created by Klaus as one of his experiments. His first attempt, Oddrey 1, tried to eat Klaus and therefore was not a success.

Oddrey 2 is able to devour things easily and can trap small Titans, such as Cherit or Springer, in its cage-like mouth. It can also overgrow plants and immobilize its enemies. 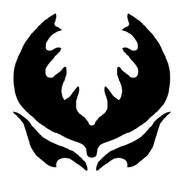 Oddrey 2's Icon
Add a photo to this gallery

Retrieved from "https://huntik.fandom.com/wiki/Oddrey_2?oldid=79625"
Community content is available under CC-BY-SA unless otherwise noted.