Start a Wiki
Overlos is the Legendary Titan of Immortality and is the most powerful known Titan. It is a large Titan with six eyes, a flaming head, golden armor, a shield resembling the Amulet of Will, a spear, and wings. This Legendary Titan can only be invoked in a ritual involving Araknos, Behemoth, and Tao.

When Lord Casterwill sealed the Legendary Titans, he placed a curse on the Rings of Araknos, Behemoth, and Tao so that Overlos' Amulet of Will had to be worn to prevent being cursed. source?

The Professor, after gaining the Rings of the Legendary Titans and the Amulet of Will from Dante Vale, completed the ritual to invoke Overlos. The evil Seeker attempted to use this Titan to gain immortality but failed due to the interference of Lok Lambert and Cherit. Combining the abilities of Archwarder and Dendras, Lok managed to gain control of Overlos. At the request of Lok, Overlos opened a gate to the Spirit World and took the Professor and the three Legendary Titans of Mind, Body, and Spirit with him. S1E26

Overlos is known to have the power to grant wishes, even that of immortality, to any Seeker who calls upon it. Its Amulet, the Amulet of Will, can protect Seekers from the curse placed on the Legendary Rings, and Overlos has the power to remove this curse from Seekers. Overlos is powerful enough to be immune to the effects of Dendras' ability to control Titans; however, this degree of power makes Overlos particularly susceptible to Archwarder's ability to disrupt powerful Titans. Overlos even has the ability to tear open portals to the Spirit World. S1E26 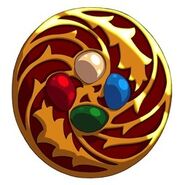 Overlos' Amulet,
the Amulet of Will 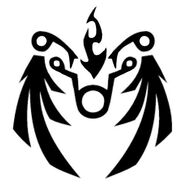 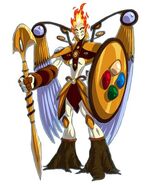 Overlos
Add a photo to this gallery

Retrieved from "https://huntik.fandom.com/wiki/Overlos?oldid=79298"
Community content is available under CC-BY-SA unless otherwise noted.