Palamedes is a Krono-Titan used by White, one of the Nimue Casterwill's guardians. Dressed in a red cape, splintered golder armor and a shoulder plate over his right shoulder, Palamedes is a skilled warrior who wields a battle axe in combat. He is the brother of Mallory's Titan, Pellinore.

Palamedes was summoned by White to attack Dante Vale's team when they entered the Crystal Caves. he fought against Lok Lambert's Lindorm but was defeated. However he was immediately revived by White who used a spell called Newlife. After sending Zhalia Moon's Gareon back to its Amulet, he went on to surround the team with White and Mallory. Upon the arrival of Nimue and Sophie Casterwill, the two sides were able to resolve their differences and Palamedes was called back to his Amulet. S2E29

Palamedes uses an axe in combat in contrast to his brother Pellinore's sword. He swings it with great power, enough to cause significant damage to whatever it impacts. S2E29 Palamedes is also quick to react and capitalise on opportunities to strike an enemy when their guard is down. S2E29

Click here to view the full Gallery for Palamedes 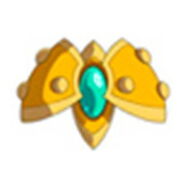 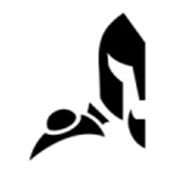 Palamedes
Add a photo to this gallery

Retrieved from "https://huntik.fandom.com/wiki/Palamedes?oldid=72182"
Community content is available under CC-BY-SA unless otherwise noted.