Redcap Amulets are one of the most common and important pieces of equipment assigned to Organization Suits. Powerful yet easy to control, Redcap makes the perfect first Titan for devoted Suit operatives. Redcap is an intimidating storm of claws and teeth, muscle and bone. His red eyes, which are covered by a futuristic visor, strike fear into the enemies of the Organization, and his presence alone is often enough to break the will of a captive Seeker. He is also extremely aggressive, and lives for combat.

In ancient times, the Egyptian general Dovhi-tep possessed a dozen Redcap Titans himself, and over the course of many years he built up the focus to control them all at once. This army of terrifying Titans led Dovhi-tep to many victories and established his (and Redcap's) reputation as a force to be reckoned with. British folklore also contains many stories of evil goblins called Redcaps. They live in ruined castles and would attack anyone who dared to enter.

The Suits who were chasing Lok Lambert throughout Venice, Italy, trying to retrieve Eathon's journal had Redcaps, along with Mindrones chasing him. A Redcap managed to cut the sleeve of Lok's shirt when he was jumping off of a balcony. The Redcaps continued to pursue him throughout Venice until Dante Vale showed up in front of his house and defeated them. S1E01 Redcaps were later summoned by the Suits under DeFoe's command in order to pursue Dante, Lok, and Cherit. When Dante summoned his Freelancer, the pursuing Titans were defeated. S1E02

A Redcap's claws are so incredibly sharp, they can cut through incredibly durable materials like concrete and brick, leaving deep slash marks in them. source? Redcap is also very fast when using his 'Dash' ability which lets him duck and dodge blows with great speed. source? He is also quite strong. 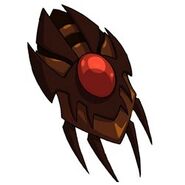 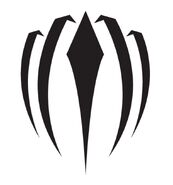