Sabriel is swift and fearless and will do anything to protect her Seeker. Coupled with her ability to bounce back instantly from most battles, she is a dangerous opponent. Sophie Casterwill's faithful fighter, Sabriel is among the toughest and most loyal Titans available to Seekers. Her sister is the magic-oriented Sorcerel.

Sabriel was one of Sophie's first Titans and has since become her favorite to use in battle against the Organization. Huntik.com

Sophie invoked Sabriel from a rooftop in Venice to help Dante Vale and Lok Lambert whilst they were being pursued by Organization Suits. The pair jumped down and defeated a Redcap. S1E02 In the Prague Huntik Hotel, Dante scanned Sabriel on the Holotome. Sabriel was later invoked to fight a Redcap in the house of Jodis Lore on the Road of Alchemists and fought against DeFoe's forces. After Dante obtained the Amulet of Metagolem, Sabriel regrouped with the rest of the Huntik team. S1E03

During the final confrontation with the Professor, Sabriel was affected by the Spikes ability of Dominator and, in protecting Sophie, refused to return to her Amulet and continued to endure further attacks from Nordrake. She and her Amulet were then destroyed by a Rippleburst spell from the Professor thanks to Sabriel exhausting her energies using her Supertough ability. After using this ability to protect Sophie, Sabriel disappeared, apparently for good. S1E26 The loss of Sabriel deeply affected Sophie long after the Professor's defeat, leaving her feeling weak and ineffective. S2E27

Thanks to the power of Powerbonding, however, Sabriel reappeared by Sophie's side with her summoning icon appearing directly on Sophie's hand. Powerbonded Sabriel returned in the Crystal Caves to save her Seeker from a treacherous situation against Undine, the Water Spirit and Coralgolem in which Sophie was unable to summon any of her other Titans. After the trial, Sabriel was re-united with her sister Titan, Sorcerel. S2E29 Powerbonded Sabriel has since been actively used by Sophie to fight against both the Organization and the Blood Spiral.

Sabriel is a master warrior who is equipped with armor and a rapier that are more durable than anything produced by a blacksmith. Huntik.com Thanks to her Supertough ability, she can avoid being sent back to her Amulet due to battle damage. SAS-017 Though unaffected by these injuries, this ability is rarely used because of the damaged done to her Amulet. Huntik.com

When Sabriel became Powerbonded, she transcended the need for a traditional Amulet, which she no longer had, and instead could be invoked from Sophie's hand. Powerbonded Sabriel gained golden armor, a cape, and the capacity to float for a limited time. S2E29 Among her new abilities are:

When used together with Sorcerel and Sophie, they can activate the Triple Truth Shield ability to protect all three of them and knock back enemy forces. S2E43

Though originally designed to be able to levitate a number of swords around herself, Sabriel's design developed into that of a more standard warrior. The final design was that of a skilled swordswoman with the ability to endure extra damage before being forced to return to her amulet. Specifically designed for Sophie, Sabriel excels in battle while remaining graceful and collected. Huntik.com 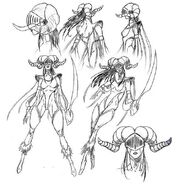 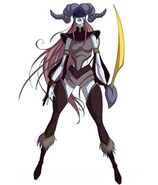 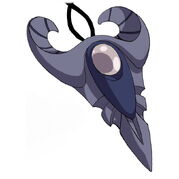 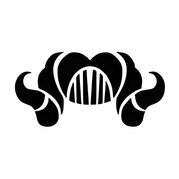 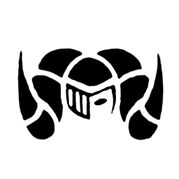