Start a Wiki
Sentinel is a Meso-Titan that resembles one of the great stone statues on Easter Island. This floating head provides its Seeker with an excellent mode of defense with its Stoneshield ability. Alongside Albion, it is a signature Titan of LeBlanche, the guardian of Sophie Casterwill.

Though the annals of history are unclear, a Seeker who became ruler of Easter Island may have used this Titan to defend against the island's enemies. The maoi statues on the island may have, in turn, been built to honor Sentinel. Huntik.com

Sentinel was summoned by LeBlanche to defend the huntik team at a fast food restaurant when few Suits attacked them. It then defended Lok's Freelancerl and fought Enforcer. S1E14

LeBlanche invoked Sentinel to protect Sophie from a trap in the Crystal Caves where it worked beside Albion to stop the trap from reaching Sophie. After she reached the trapped throne, both Titans were called back to their Amulets by LeBlanche. S2E29

Sentinel was again used by LeBlanche to defend the Casterwills during the battle of the Fortress of Iron Will. After fending off numerous attacks from Silent Soldiers, it was defeated by Marduk and his Cerberus. S2E40

Sentinel's Stoneshield ability can create energy walls or spheres of various sizes. The form of this energy is dependent on who is being guarded and the situation in which this Titan is defending. 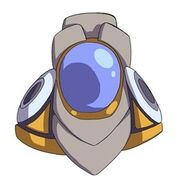 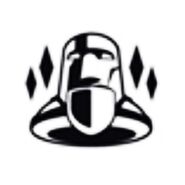 Sentinel
Add a photo to this gallery

Retrieved from "https://huntik.fandom.com/wiki/Sentinel?oldid=75766"
Community content is available under CC-BY-SA unless otherwise noted.