Shadow Agent is a hooded Swara-Titan who wields a scythe-like axe. He bears green and blue armor which is equipped with large, sharp spines. As a Titan used by the Organization, Shadow Agent is typically paired alongside Doom Warden.

Shadow Agent's Amulet was given to the male of a particular pair of Wilder's Suits, with the female being given Doom Warden, as reserve power. After being invoked in battle, Shadow Agent fought Powerbonded Sabriel but was defeated by a charged-up Vigilante after a failed attempt by the Suits to capture Sophie Casterwill. S2E41

Shadow Agent was summoned by the same Suit in the battle for the Ring of Umbra in the vault of Hernán Cortés. After a standoff with Kaioh the Tracker, he was held in shock by Enfluxion and then was defeated with a Raypulse cast by Lok Lambert. S2E42

Shadow Agent can deal damage to his enemies with the axe he carries. As its name suggests, Shadow Agent is also able to move swiftly and quietly, launching an attack when its enemy least expects it seen when he silently recovered and hit Kaioh the Tracker. S2E42 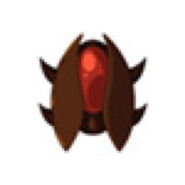 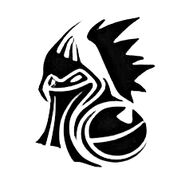 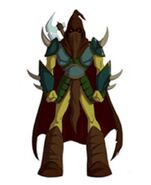 Shadow Agent
Add a photo to this gallery

Retrieved from "https://huntik.fandom.com/wiki/Shadow_Agent?oldid=79462"
Community content is available under CC-BY-SA unless otherwise noted.