Start a Wiki
Shadow Kuolit is a Yama-Titan with the face of an Oni. This Titan in samurai armor possesses the unique ability to fight by using a sentient shadow.

Shadow Kuolit was invoked by one of the Casterwill Hunters on the island of Phoenix's volcano. It fought against Montehue's Fenris before clashing with Dante's Powerbonded Caliban. Shadow Kuolit was then defeated when Caliban used his own shadow, cast in the hot sun, to beat that of Shadow Kuolit. S2E44

Shadow Kuolit can control his shadow and use it like a weapon. Although he is unable to run or maneuver quickly due to his size, he is a master of swords and combat, able to fight on par against the powerful Caliban. 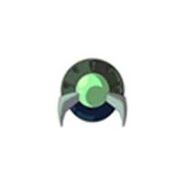 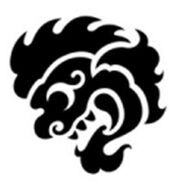 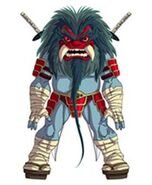 Shadow Kuolit
Add a photo to this gallery

Retrieved from "https://huntik.fandom.com/wiki/Shadow_Kuolit?oldid=90323"
Community content is available under CC-BY-SA unless otherwise noted.