Shakrit is an enormous, serpentine Swara-Titan. Due to its size and dexterity, Shakrit is used both for combat and transportation. Gliding through the air as an eel glides through water, Shakrit quickly leaves the Blood Spiral's destruction in its wake at Wind's command.

Shakrit was used by Shauna and Wind to steal Eathon's journal and the Rings of the Legendary Titans from Dante Vale's Huntik team. Shakrit easily defeated King Basilisk before being temporarily subdued by Caliban who grabbed his mouth keeping it shut. Shakrit shook Caliban off and flew off into the night with the two Seekers. S1E24

Shakrit was used again by Wind when the Blood Spiral raided Klaus' lab in search of the Amulet of Void. After being temporarily disrupted by Archwarder, Shakrit took off with Rassimov, Wind and Shauna and set fire to Klaus's lab after his master's group recovered Void. S2E32

Shakrit fought wildly against Sabriel, Baselaird, and Cherit when the two Seeker groups sought the Amulet of Phoenix. After a fierce fight with Den and Cursed Archer, it was defeated by Lok who was powered up with Baselaird's Powerbonded energy. S2E45

In the battle against the forces of the Betrayer, Shakrit attacked the Huntik Foundation's Scramjets and caused them great damage. Although on the upper hand, Shakrit was defeated when Montehue and Momax sent Mjolnir flying through him. S2E52

Shakrit is powerful enough to defeat weaker Titans in a single bite. S1E24 This Titan can also fly with great speed and agility. Like many dragons, Shakrit is also able to breathe fire. OAL-025 Due to its powerful muscles and dexterity, Shakrit is able to use its tail as a formidable weapon. S2E45 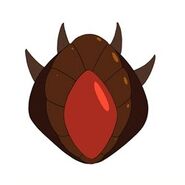 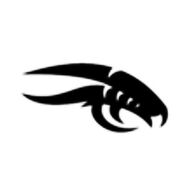 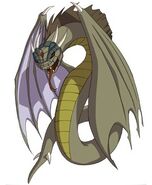