Springer is a cute, fox-like Titan that normally has two tails, but some individuals have three or more tails. Due to their low stats, Springer Titans are not fit for combat but instead excel at sly espionage. They are excellent at solving puzzles, deactivating traps, and getting into tight places.

Japanese myths told of Springer Titans as being intelligent fox spirits called kitsune, which possessed up to nine tails. The relative power of a kitsune could be determined by the number of tails it possessed. Wikipedia

A Springer Amulet had been discovered by Eathon Lambert and was then hidden in the Paris Catacombs with the intent of it being passed on to his son, Lok Lambert. The Amulet was hidden inside of a square puzzle that triggered a time-based trap, forcing Lok to solve the puzzle. During the time he was solving it, he unknowingly bonded with Springer. S1E05

Since bonding, Lok Lambert has used his Springer Titan for multiple missions, typically being used to deactivate traps in ancient caverns. source?

When Wilder succeeded the Professor as head of the Organization, Springer was used to knock over a bookshelf in the attempt to recover the Amulet of Void. S2E32

Another, unused Springer Amulet was in Dante Vale's possession when he removed his Ignatius Amulet from his drawer. S1E07

Springer is a Titan skilled at solving complex puzzles and intricate traps. After he studies the trap and its workings he is capable of pressing a glowing claw to it and it magically pops open, deactivates, or harmlessly goes off. His sharp teeth can be useful for biting through vines and ropes, and his claws allow him to climb virtually any surface. He is also quite quick on his feet. And his large eyes give him excellent vision. 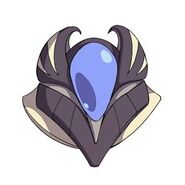 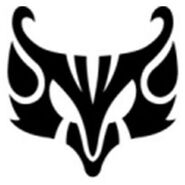