Strix are pesky, mosquito-like Swara-Titans. These Titans are common and require very little energy for a Seeker to invoke, so they are often summoned in groups of two or three from a single Amulet.

The ancient Romans believed that Strix were evil humans who had been cursed and transformed into vampires.  Huntik.com

In Iceland, Zhalia invoked Strix to put holes in the clouds, allowing the sun's light to come through and make the Rainbow Bridge. S1E07 In the Temple of Thor, Zhalia invoked one Strix to help distract the Guardians of Thor. S1E08

In the Cavern of the Gargoyle, Strix Titans were used by the Organization in the battle against the Huntik team. S1E04

A Strix was invoked by one of the Professor's Suits. It attacked Lok's Freelancer and Zhalia's Kilthane but was defeated by Cherit. S1E25

On Avalon, Stack invoked three Strix but they were defeated by Dante's Caliban. S2E30

Rather than blasting enemies with magic or engaging them in melee combat, Strix Titans are their own weapons, like a kamikaze bomber. The invoking Seeker uses Strix much like a Raypulse, directing them at a target, but unlike a standard blast power, Strix are able to maneuver around obstacles and track their target for great distances. Upon impact, Strix Titans ignite in an explosion of magical energy, often destroying even the most powerful Titans. The only way to stop these heat-seeking Titans is to destroy them before they make impact, but doing so is not easy, as Strix are fast, agile, and small.

Strix is a horrible flying insect Titan with a long sting that he uses to hit his enemies when moving at top speed. The idea was that a Seeker could summon a swarm of Strix Titans, and though individually they are very weak, together they can defeat a much stronger Titan. The early sketch shows Strix looking a lot like a mosquito, with a small head and a long skinny body. Over time, this changed to a fatter body and shorter neck so it would be easier to see on the television. It also has a stinger on its tail as well as its long tongue, so a Strix is dangerous on both ends! Huntik.com 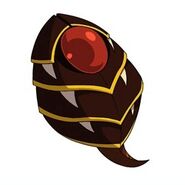 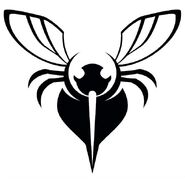 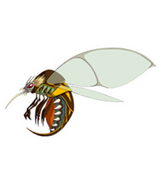