Tao is the Legendary Titan of Spirit and is a tall, ghostly being that floats on top of a cloud of energy. He possesses blue, liquid-like skin that can turn into vapor. The gem on its forehead and the gown around his waist grant this human-like Titan a regal appearance.

Along with Araknos and Behemoth, Tao was one of the three Titans utilized by Lord Casterwill when the Titans were first summoned to Earth with the Amulet of Will in order to fight a 500-year war against the Nullifiers. Before Casterwill died, he sealed Tao's ring within King Solomon's mines using an ancient curse against anyone trying to invoke the Titan without the Amulet of Will.

Tao was the only Legendary Titan that remained untouched by seekers after Casterwill sealed it. Araknos was disturbed by Simon Judeau, and Behemoth by Metz. Tao was first displayed in Atlantis on a portrait of Casterwill with the Legendary Titans, and his ring was found in Egypt.

Lok awoke Tao from its rest in King Solomon's mines with the help of Sophie Casterwill. The two donned the ancient robes of King Solomon and Queen Sheba, and the door to Tao's ring was opened when the two were finally able to communicate their love for each other. The rest of Dante's team outnumbered and their Titans being sent back to their amulets, Lok invoked Tao with the Amulet of Will given to him by Dante. Tao firing bolts of energy allowed this Titan to destroy multiple enemies with ease in order to fight the Organization. S1E23

After taking advantage of Dante Vale's need to save Metz, Tao went under the ownership of the Professor, who revealed that both he and Metz were afflicted with the same curse. S1E25 The Professor then used Tao to battle Dante's team before using it in a ritual, alongside Araknos, Behemoth, and the Amulet of Will, to summon the most powerful of Titans, Overlos, the Legendary Titan of Immortality. Tao, along with the other three Legendary Titans and the Professor, was sent back to the Spirit World, along with Araknos and Behemoth, when Lok Lambert's assumed control of Overlos. S1E26

Tao is constantly floating on a cloud which grants this Titan the ability to levitate. Offensively, Tao is very powerful and is able manipulate energy to destroy several Titans at once. With his powerful energy attacks and knowledge of all Titan abilities, he is able to execute perfect strategies in battle. 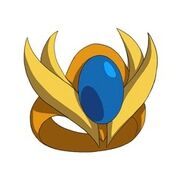 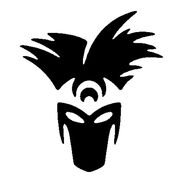 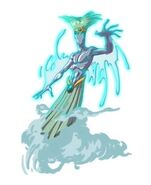