Templar is a Titan in the possession of Lucas Casterwill.

Templar was invoked by Lucas to help defend the Fortress of Ironwill against the Blood Spiral army led by Kiel. He defeated a great number of Harlekins and was seen tackling a Marauder when Nimue sacrificed herself. S2E40 Templar reappeared fighting alongside Lunar and Solar against The Betrayer. They aimed a great deal of attacks on him but were defeated in a great energy storm caused by the Betrayer. S2E52

As an extremely powerful swords master with an attack power of 7, this Titan is not one to be trifled with. He can also shoot energy from his blade. His body is protected by a strong defense of white power and his right hand holds a magical sword made from bright light. 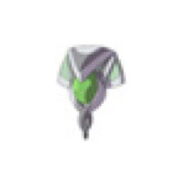 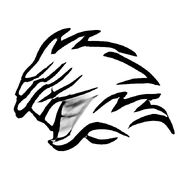 Retrieved from "https://huntik.fandom.com/wiki/Templar?oldid=47837"
Community content is available under CC-BY-SA unless otherwise noted.