Start a Wiki
Terrapede is a Titan related to Mindrone, Enforcer, and Gigadrone, and his primary power rests in his single enormous eye. Able to traverse challenging terrain with his powerful spike legs and blast enemies with energy from his eye, Terrapede is not to be trifled with. This Titan is awarded to up-and-coming Organization operatives after they have shown promise in battle against the Huntik Foundation.

Terrapede was used by one of the Professor's stronghold Suits. It defeated Feyone abruptly by grabbing her with two of its legs and blasting her with his eye power. It attempted to attack a vulnerable, unconscious Sophie but was held off by Lok's Freelancer. Before it could cause any more damage, Terrapede was defeated by Kilthane who ultimately stabbed Terrapede in the back. S1E25

Terrapede is able to fire powerful blasts from its eye, similar to Mindrone, Enforcer and Gigadrone Titans. Its many legs allow it to move with great speed or to grab its foes in order to immobilize them. It can also cling to any surface. It is also extremely maneuverable, especially in tight spaces, more so than most other Titans of its size, due to its long body.

Click here to view the full Gallery for Terrapede 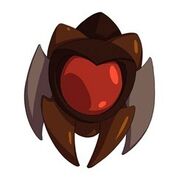 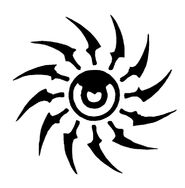 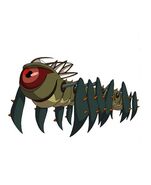 Terrapede
Add a photo to this gallery

Retrieved from "https://huntik.fandom.com/wiki/Terrapede?oldid=77108"
Community content is available under CC-BY-SA unless otherwise noted.