Umbra the Shadow Jaguar is the Legendary Titan of Dimensions. As such, Umbra has the ability of teleportation. This black jaguar Titan bears orange and cream armor to protect his body.

Umbra was one of the Titans of Casterwill's first son. This Titan was found by Hernán Cortés. His Amulet remained in Cortés' tomb, guarded by another Titan, Conquistador, and a magic barrier. S2E41 The Pied Piper of Hamelin's magic flute was used to control the guardian Titan, which then deactivated the barrier. Later, Umbra bonded with Dante Vale. Umbra's power was then used to escape from being crushed by Conquistador. S2E42

His teleportation power was only able to be used a few times, so Dante used Copykind to be able to use Umbra's power again to reach the castle of Vlad Dracul without weakening the Titan. S2E43

Umbra later transported Lok, Sophie, Dante, and Den to the Spiral Mark to stop the Nullifiers. S2E49 Umbra then played a small, but crucial, role in preventing the return of the Nullifiers by transporting Dante and Phoenix up to the Red Comet. S2E50 After stopping the Red Comet, Umbra then transported Dante's ashes, endowed with the ability of Phoenix, back to the Spiral Mark. S2E52

As a Meso-Titan, Umbra could be impulsive and very hard to control, source? yet he showed great concern for his master as seen every time Dante became exhausted. source? Umbra has the power of teleportation and is even able to use this power with a large number of people. However, using this power on Seekers permanently weakens the Titan, so this ability cannot be used on Seekers on a regular basis. Umbra was ten times as powerful in ancient times, but has been weakened due to this side effect. S2E43 He is able to teleport himself effortlessly and without weakening. Umbra's attacks are very fast and, thanks to his powers, may come from multiple directions. S2E47 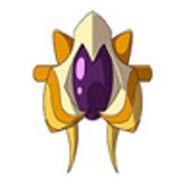 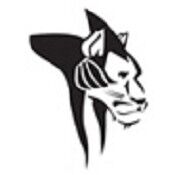 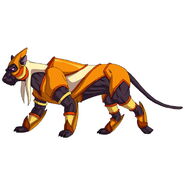