Undergolem is a golem-like Litho-Titan that is even larger and stronger than the already agility-challenged Metagolem, but also slower. His face and head is protected by a yellow helmet, while an arm-band covers each of his wrists.

The Professor gained possession of at least two Undergolems which he attached to the collar of his dog, Eathon. S1E24

Using Araknos, the Professor hardwired a response to invoke the two Undergolem Titans into Eathon the dog as a trap for Dante Vale's team and other intruders. S1E26

During the raid on the Professor's castle, when Lok Lambert and Sophie Casterwill were going to fight the Professor, two Undergolem Titans hiding as statues attacked the remaining Seekers, Dante Vale and Zhalia Moon. Zhalia invoked King Basilisk to fight, but the two colossi easily sent King Basilisk back to its Amulet. Zhalia then invoked Gareon and Hoplite, who were likewise be sent back to their Amulets. When Dante eventually came back to consciousness and invoked Caliban and Metagolem, his two Titans were able to defeat both Undergolem Titans. S1E26

On the side of good, an Undergolem Titan was used to fight a Breaker Titan. OAL-017

Undergolem can phase into a stone form, which restricts his movement, but it also renders him virtually invulnerable. According to Sophie Casterwill, Undergolem is a very powerful Titan being that he can fight for hours without getting tired and becomes more powerful the longer he fights. OAL-017 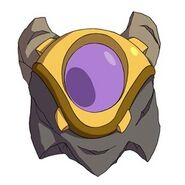 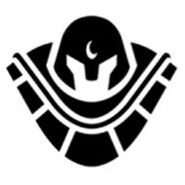 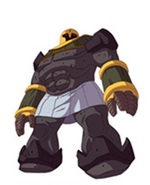