Undine the Water Spirit is a Krono-Titan whose body is made up of water, the medium through which she can make attacks and conjure whirlpools. She was the primary Titan of Nimue Casterwill, the former Lady of the Lake.

Undine was the primary Titan of Nimue Casterwill, the Casterwill Elder of the House of Blade Makers, who resided in the Crystal Caves. S2E29

Undine was used by Nimue alongside Coralgolem to test Sophie Casterwill in her quest to bond with the Titan Sorcerel. Despite initially overpowering her, the tables turned when Sophie was reunited with Sabriel through the medium of Powerbonding. Undine was then swiftly defeated by Sabriel. S2E29

Undine was invoked by Nimue to protect the Huntik team as they travelled to Avalon via speedboat. After the boat was ambushed by Dark Dryad, Undine was able to free the team by blasting the expanding roots. After a quick scuffle in the water, Undine was defeated by a strike from Dark Dryad's vines. S2E30

Undine's Amulet was seen worn around Nimue's neck during the Casterwill family meeting at the Fortress of Iron Will. S2E39 It was still present around her neck when Nimue sacrificed herself to save the family and defeat the Blood Spiral forces. S2E40

Undine can transform her body in water, swim fast enough to follow a ship, and use the water to attack and conjure whirlpools to distract and tire her opponents. She can cause great waves and she is very useful against fire-based Titans. 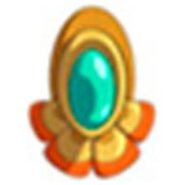 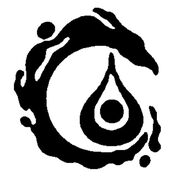 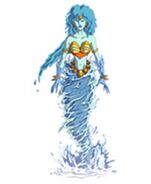