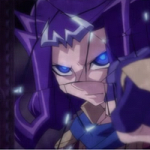 Hey there! I'm SnivyChill. I'm currently ranked 5th on this wiki, and I'm hoping to become an admin. This is my user page! Exams are coming up...

Basically, I had these Digimon pyjamas, which I wore whenever I could, because I thought they looked kinda cool. Then I saw some Pokemon badges in a shop. I bought them, because I thought it looked just as good, and put them on my cap. Then I wore THAT whenever I could. Eventually I started watching the anime. Then I 'earned' the right to get my parents to buy a DS Lite and Pokemon Diamond Version, because from my cap, my Pokemon likeness had grown. Then I played it and enjoyed it. I also bought some cards, thinking I would enjoy them. I did. I LOVED them. I then started buying lots of merchandise and every DS game. I also played the card game, my first theme deck being the Lugia deck from EX: Unseen Forces. Nowadays, I check Bulbanews, Serebii and Bulbapedia everyday for updates on Pokemon. It just elevated from there.

I found out about Yu-Gi-Oh! when I found that GX was shown on CITV in the mornings. I got absorbed into it, buying loads of cards and everything. I still watch it, actually. Though... Well, I suck at the actual game. I don't edit on their wiki, but I do check it regularly. My editing started here. It's gonna stay here.

I first discovered Huntik when goofing around on the CITV channel. I tried it, found that I enjoyed it and fromt then on I watched it every morning. I was overjoyed when I heard about a second season, but disappointed that it had yet to be released. But recently, I found that the CITV channel had the dub premieres and were releasing them! So currently, I am watching and enjoying the dub. I joined the wiki not long ago, as I wanted to share my knowledge of the dub.

Ah, what a refreshing game. With its amazing storyline and seemingly impossible puzzles, soon everyone knows - every puzzle has an answer. Yes, the Curious Village was THE game. I loved it to bits. So I bought the next one and so forth. Why did I buy my 3DS? Why, to play Mask of Miracle, of course!

Seriously, who DOESN'T like LEGO? It's been going on for a while now. Though I've got to say I've always loved both BIONICLE and HERO FACTORY. I make MOCs extremely regularly. Now, that piece goes there...

Why would you like Kid Icarus? Why would I NOT like Kid Icarus? The possibilities are endless! Picture it. You but a 3DS, you buy Uprising, you beat Medusa, you think you win, you find out there's more, you beat Hades, you win the game, you play multiplayer, you're pwning everyone! Then you lose... AND YOU PLAY SONIC?!

Well, I'm out. Gotta revise for those exams...

Retrieved from "https://huntik.fandom.com/wiki/User:SnivyChill?oldid=66584"
Community content is available under CC-BY-SA unless otherwise noted.