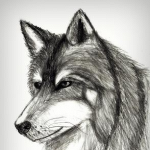 Welcome to Huntik, Lindorm7621, and thank you for your edit to the User blog:Lindorm7621/Back on the Wikia! page!
There's a lot to do around here, so I hope you'll stay with us and keep helping out.

Questions? You can ask on the Blogs or on Talk page associated with our article.

Need more help? The Community Portal and Huntik Help pages have outlines of the site and links to pages to help you learn how to edit. Recent changes will show what pages other people have been editing, and where you can help. We're very happy to have you here, and look forward to working with you! Please leave a message on one of our admins' talk pages if you need help with anything.

Nitram86 was highly active around the time that Season 2 was being broadcast in Italy. Both he and Quilafa were given Admin rights when there was a fair amount of vandalism. At the time, I had been unaware that the founder, Jonniboi123, had previously given me bureaucrat rights. However… you are right about activity… it doesn't look like Nitram's been around in a year. I'll be bringing up this question, in general, on the Forums.

Also, I noticed that some of your recent edits were formatting a bit oddly… I'd initially wondered if you were using the visual editor, but upon checking things out, it seems to be applying the code from the template page when using the Add category button.
~ The Lhikan 634 (TaLk)

You might be right but it's not wrong to have more accounts it's only a bit unhandy, but legal.

Now Let Me Give You Your Answer All I Did Was Accidently Wrote A Name Of A Titan The Game Could'nt Be Countinued You Wrote Something Mean Quotonia (talk) 16:08, June 30, 2013 (UT)

OK, this needs to stop, from both of you. First off, Lindorm, that forum post didn't help by sounding like you're attacking. I have removed some of those comments and expect that they will not appear again, ever. Also, there are some variants of the game where you gain a point if the next person is unable to come up with a word, though we're just playing it for fun. It would have been better just to have said something like, "There are no X's. New word is ____," instead.
~ The Lhikan 634 (TaLk)

Please don't revive a dead topic just to comment on someone's grammar, even if its quality really is unacceptable. Not only is it off-topic, but it is very close to a personal attack.
~ The Lhikan 634 (TaLk)

RE: Help Around the Wiki

Hey, Lindorm7621. Probably the main project is (still) Project: Suits (thread). I managed to get through about episode 18 before being bogged down by real life. You'll probably notice that spells are entirely re-classified now as well. ~ The Lhikan 634 (TaLk)

Retrieved from "https://huntik.fandom.com/wiki/User_talk:Lindorm7621?oldid=71873"
Community content is available under CC-BY-SA unless otherwise noted.