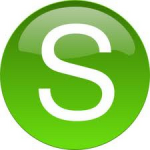 Ah, that's because I rollbacked those edits because Hellynx's ability is unconfirmed, his Amulet is not destroyed and his spikes have not been seen to be used offensively.
-IlCthulu (TALK) + 23:45, December 16, 2013 (UTC)

Hey, the content looks good, and this means that the article is no longer a stub (yay!). The only things are a few grammatical issues that are pretty easily ironed out. I forget if these points are in the Manual of Style, so I'll go over them briefly (just to note, this is just 6 points and much of them get a bit into "nit-picky" grammar).

Hey. The requests for adminship page has some relevant information on adminship. Probably the main question would be how the tools would further editing. I've been dealing with some administrative upheaval elsewhere and what looks like an imminent issuing of a DCMA notice over someone on another site breaking the terms of image licensing on some art I had provided; otherwise, I would have gotten back to you sooner.
~ The Lhikan 634 (TaLk)

Other possible sub-Admin positions are Content Moderator, Discussions Moderator, and Rollback. They each have a small subset of the abilities of an admin but are less involved. I generally use the same needs-based guidelines here as well. Pulling from Community Central:

Retrieved from "https://huntik.fandom.com/wiki/User_talk:Skull_slasher?oldid=69819"
Community content is available under CC-BY-SA unless otherwise noted.