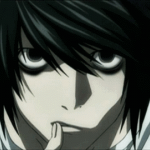 Welcome to the Huntik Wiki!

Heya. There are a number of sources used by the Huntik Wiki. First and foremost is the Huntik franchise (episodes, TCG, and comics). Of note, some Titan stats were given in the Italian version but not the English version, so we'll use the Italian info there. We also use official sources including Huntik.it and the now-gone Huntik.com (via Huntik.com info archive). Some also came from the cw4kids Huntik website, though that's also long gone by now.

We do try to stay away from using fan sites directly. While many of them do tend to have accurate info, there are a few that are known for making up or guestimating info such as Titan stats or for being poorly translated. It's also been decided to avoid the Nickolodeon site as most of what they have is inaccurate.

I can someone please remove my block.I just deleted all of this, because I have already understood that I did wrong and in the future all be better. —unsigned edit by The Great Lord David (talk • contribs) 11:40, July 23, 2013

From my end, your block has already expired. Please remember to fill in the licensing and NOT to violate the Gallery Policy since you didn't stop when we asked you to.

Heya, it seems you've run into some issues with categories on another wiki as well. I'll give a bit of a run-down on general categorization as applicable to any wiki and what's done on the Huntik Wiki. This will probably help you out both here and on other wikis. I'll also add, if you find you're not sure how a wiki has their categories set up, two of the best things to do are to look at how current articles are set up and to ask around (either a seasoned editor to that wiki or one of the admins).

More often than not, it's advisable to not categorize an article into itself. So you wouldn't categorize Lok Lambert under Lok Lambert since that would be redundant. Some wikis do vary on this policy based on the type of content they have, so it's best to read their policies or ask around before changing stuff there.

For the most part, if you follow the above guidelines, you'll be on the right track. We do have a few specifics for the Huntik Wiki, and you'll probably find that specifics can vary from wiki to wiki.

Probably the most unique thing we do is our Category Galleries. Categories such as Category:Lok Lambert, Category:Hopeshatter, Category:Caliban, and Category:The Mission are our form of gallery page and are used to display every image of a topic, such as an episode or a character. I've found these to be much easier to work with than a standard gallery page since all that has to be done is to classify the image for the image to appear on the Category Gallery.

For Seekers, one thing to note is that the Huntik Wiki uses the Huntik Foundation Members, Blood Spiral Members, and Organization Members categories on Seeker pages (instead of, for example, using the Blood Spiral category) to help with easier organizing of the category pages (we currently do not have this set-up for the Casterwill Family at this point, though).

For spells, it's typically best to only add categories of magic (i.e. Defensive Magic, Offensive Magic, etc.) that are already listed on in the Infobox. These classes of magic are the most agreed-upon and the most logical subdivisions based on the spell's effect(s). If you find something in there that you don't agree about, you can bring it up on the article's Talk Page or mention it to one of the admins. We try to keep these classifications as logical and self-explanatory as possible, though with so many spells there might be some things that were overlooked.

For Titans, it's also useful to stick to what's already mentioned in the Infobox. If a piece of info like size isn't listed, that most likely is because nothing official has been revealed about about that info. This is especially true for Titans that only appeared in the TCG since the cards are known for not mentioning size. Of note, the Huntik Wiki does not classify Titans based upon ATK or DEF values (in contrast to the Yu-Gi-Oh! Wiki) since there's evidence in the show and the TCG that these stats can be increased through training.

When an admin removes a category you've added to a page, there's a reason. Please do not re-add that categorization, as you did on Knowledgelock, without bringing it up for discussion on the article's talk page. This gives users a chance to discuss whether it's accurate or not. For the most part, spell class is based upon effect, but there are a number of spells that, well… aren't quite as straight-forward as others.

If you think something you added may have been removed, you can always check the page's history before editing (click the arrow beside the Edit button, and it will appear in a drop-down menu). It's also useful to do in general in case the same thing's come up before just recently.

Regarding new categories (such as TCG Magic), it's best to first propose the creation of a new category instead of adding pages to an empty category. Unless it's a classification used by the franchise, it's always possible that other editors may not agree with its usefulness. Categories which already exist should appear in an auto-complete box when using Source Mode editing.

On another note, it's best not to say that a spell or Titan has only been used by so-and-so as that defies the very nature of Huntik. It's best to just say that so-and-so used it for whatever purpose or effect and just leave it at that. It gets the info across without making such a definitive claim.

Also, please, as has been mentioned in numerous edit summaries, use an actual apostrophe (') in your edits instead of using an accent mark (´). It is incorrect grammar to use the accent mark in this manner and requires another edit to fix the error. I do notice you're from Portugal, so if you need to, you can always copy-n-paste the character.

OK, please, show some sense when editing the Italian wiki as well. If you've been told that something is not appropriate to do on this or another wiki, doing it on the Italian wiki definitely does not help matters (i.e. uploading duplicate / useless files).

I have also had to remove a number of categorizations under "Titani di dante vale" due to (1) being a non-existent category with no community consensus to add and (2) being incorrectly capitalized.

Regarding "Titani PowerBonded" - I'm currently looking into whether it's properly noted as PowerBonded or Powerbonded in the original Italian. As the admins on the Duel Masters and Kajudo wikis have already expressed, don't add categories if you don't understand how categories work on that wiki.

If I may be frank, the vandalism situation there already has some of the English Huntik Wiki admins a bit on edge as we're having to consult staff on how best to approach things there. We're already having to deal with a ton of vandalism on that wiki without any active admins, with somewhere in excess of 150 or 200 issues which need to be removed for vandalism or copyright issues. We've been running into roadblocks and have been working with the situation for a while now.

As I've recently begun working with the Italian Huntik Wiki and have been perusing their categories, I can be of some assistance in determining whether a category is useful or in the proper formatting.

As you obviously have no knowledge of Italian grammar, please kindly stop trying to edit the Italian Huntik Wiki. All you are doing is creating vandalism which has to be undone or corrected by adding incorrect categories. Please do be aware that staff actually do consider the quality of your edits, including whether you know the basic grammar of the language. ~ The Lhikan 634 (TaLk)

Retrieved from "https://huntik.fandom.com/wiki/User_talk:The_Ultimate_Thinker?oldid=65233"
Community content is available under CC-BY-SA unless otherwise noted.