Hi, welcome to Huntik Wiki. Thanks for your edit to the Lok Lambert page.

Please sign in and create a user name. It's an easy way to keep track of your contributions and helps you communicate with the rest of the community.

If you need help, and there are no local admins here, you may want to visit the forums on the Community Central Wiki. You can also check our Staff blog to keep up-to-date with the latest news and events around Wikia.

Dear Anonymous contributor, where did you found the information about Elf King Oberon? I want to now it, becouse there are more thing to ad (like attack).

However, i see you also made a lot of edits, maybe you can beter create a acount? This will be usefull becouse a lot of people has the name Anonymous contirubor, and if you have an account, we know who you are.

Sure, http://www.anitopia.de/huntik/wbb2/thread.php?threadid=236&sid=7072714cdd7805c1077e14dcb0f834bf has pictures of titans in Season 2, the page is in German and underneath the pics of Elf King Oberon and the writing underneath it translates into "Type: Gaia-titan Warrior". Earlier today I commented on your and Nitram86's talkpage about this website as they have very good pictures, including Maliotris (Melee Artist) which has recently been edited by many users. As shown with Elf King Oberon, it also has additional details.

I will try to make an account but cannot guarantee anything. 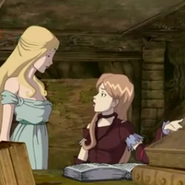 foto
Add a photo to this gallery
then you clik on add a photo on this gallery and upload the potho from your pc and in the gallery you can add only single photo and not something like the one you use there is two pictures in one Nitram86 10:19, December 24, 2011 (UTC) 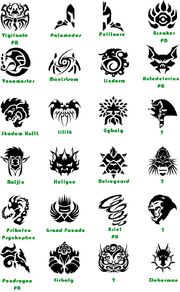 Does anyone know what the titans in this picture are called? : File:Casterwill Titans 1.png - The Casterwill Titans —unsigned edit by Triton63 (talk • contribs) 22:21, December 24, 2011 (UTC)

we know them but we don't have the name if you can find the neme in the episode http://www.youtube.com/watch?feature=player_detailpage&v=ewYKJT6Dia4#t=934s here the summoning of one... we need the name is sompthink like malory i think but not sure Nitram86 02:11, December 25, 2011 (UTC)

Hi Triton63,
You are missed on this wiki. You were a good editor. Are you coming back?
Sincerely

I'm not too sure on this at the moment to be honest. I can't figure out anything else that Maliotris could mean, but Melee Artist just doesn't sound like the name of a Huntik Titan either. Which website mentioned this as the Titan's name?
~ The Lhikan 634 (TaLk)

Hi Triton63 , Seeker11299 here! I just wanted to say that the new full images you have uploaded are extremely good and well done for finding Dark Dryad's art as her's was quite confusing. If you have any more to post on the Wiki that would be great. Thanks again! :D
- IlCthulu (TALK) + 11:26, August 13, 2012

Thanks! I'll try to find some more, its been quite a wait for the better art but its good that they're out there! Hopefully we'll be able to get all of the season 2 titans soon... ;D I'd also like to thank you for getting us some better pictures than just screenshots as they've really helped the wiki!
Triton63 (talk) 11:40, August 13, 2012 (UTC)

They come from all different websites, i just search for specific titans or artifacts on google and google images and see what I can find. Most of the websites are in another language...so I just look for pictures. :) Currently I'm looking for Malory's Amulet's official art...
—unsigned edit by Triton63 (talk • contribs) 13:16, August 13, 2012 (UTC)

While I was looking at Megladeath's (from the comic) amulet, I was thinking that it might be a Draco Titan, not a Litho Titan because Litho Titan amulets are usually similar looking to rocks and have a purple centre unlike the Megladeath amulet. Triton63 (talk) 09:32, August 17, 2012 (UTC)

Hey, I'm running through images for licensing, what is the source for File:Triton 1.jpg?
~ The Lhikan 634 (TaLk)

I didn't keep the exact website, but I know it was somewhere on Deviantart...

Then that's fan-art and under copyright. Sorry, we cannot house that on the Wiki for legal reasons : /
~ The Lhikan 634 (TaLk)

This is actually a tough one… A roc (also rukh or rohk) was a mythological bird of prey. A rook is a real bird similar to the crow. Not only are both words possible origins, but rukh and rook are pronounced nearly the same. The pronunciation in the video seems somewhat more like Rook, but I'd want to double-check with another episode to make sure I'm hearing it consistently.
~ The Lhikan 634 (TaLk)

Retrieved from "https://huntik.fandom.com/wiki/User_talk:Triton63?oldid=71902"
Community content is available under CC-BY-SA unless otherwise noted.