Venadek is an odd little Titan. Researchers at the Huntik Foundation are still unsure as to whether these Titans are to be considered rats, goblins, lizards, scorpions, or some chimera of them all. Despite their size, Venadek Titans are fierce in battle as well as loyal to their Seekers.

Much of the history of Venadek is currently known. One is used by Tersly to support Montehue in battle whenever Tersly is scared into a corner. Venadek was summoned by Tersly on the Rainbow Bridge in order to defend against Ymir's Ice Creatures. S1E07

Terly used Venadek outside King Solomon's Mines to help fight against the three colossi guardians, Ashtoreth, Milcom and Chemosh, now under the control of the Professor. Venadek assisted Sophie Casterwill's Icarus in stunning Milcom before helping Caliban defeat him. Venadek later fought against the Organization outside the vault of Tao, the Legendary Titan of Spirit. He defended Sophie from an Enforcer but was later seen backed into a corner by Kopesh and Enforcer. S1E23

On the island of the Phoenix, Tersly invoked Venadek in a desperate attempt to scare off a lioness after the anti-magic field of the Loadstone was finally lifted. S2E44

A Venadek Titan is also known to be in the possession of the Organization Seeker and "Sand Snake", Omeed. LGS-023

Venadek is capable of ranged attacks and quick blows, and this Titan can pounce into the air with great speed. His blades grown from his arms can slice through thick material ranging from ice S1E07 to tree trunks. S2E44 He is also capable of firing energy beams from his eyes. S1E23 His scorpion-like tail also packs a punch. 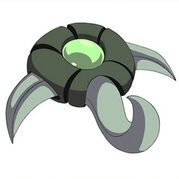 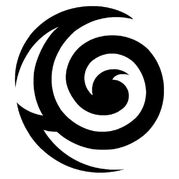