Start a Wiki
Void is an evil being that was needed to resurrect the rest of the Nullifiers to fight alongside the Blood Spiral against the Casterwill family and their Titans. Although originally thought by some Seekers to be a Titan himself, Void is in fact a Nullifier. While Void would be considered to be colossal when compared to the Titans, he is merely a small scout of the Nullifiers.

Void was the first Nullifier to arrive to Earth in ancient history and was one of the beings against which Lord Casterwill waged a 500-year war. Before his defeat, Void created the Spiral Mark to act as a signal to the rest of the Nullifiers. Void arrived on Earth by chance and then used his creation, the Spiral Mark, to summon his brethren. Void's name became lost in the annals of time until his Amulet, a blue crystal shard with an evil, red aura, was somehow uncovered by Klaus to be held in an Organization vault at Klaus' bookshop. S2E31

Upon being prompted by Eathon's Holotome and Lucas Casterwill's team, Lok Lambert and the rest of Dante Vale's team went after the Amulet of Void. After tricking Wilder into revealing its location S2E32, Lok succeeded in recovering the Amulet, however disaster soon struck. A wave of dark energy went out from the Amulet, and the Blood Spiral Brotherhood arrived, with Shauna reclaiming the Amulet and the entire library being destroyed. S2E32

On the longest night of the year, as part of the ritual to activate the Spiral Mark, Void was summoned by Rassimov before the entire Blood Spiral, masking the whole Blood Spiral Base with fog and smoke. S2E49

In an attempt to double cross the Betrayer, Rassimov invoked Void to stop the impact of the Red Comet. Void's presence immediately disturbed both Lilith the Queen and Powerbonded Caliban. After Rassimov revealed his plan to use the Necklace of Tutankhamun to control the Nullifiers, Void was last seen teleporting Rassimov into space to the Red Comet. However, as the Comet collided with the pair, the Necklace was disintegrated and Rassimov was killed in the process, although the status of Void remains unknown. S2E50 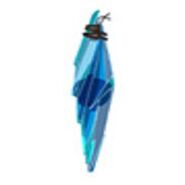 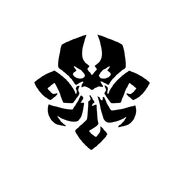 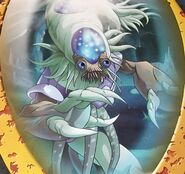 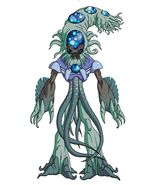 Void
Add a photo to this gallery

Retrieved from "https://huntik.fandom.com/wiki/Void?oldid=81527"
Community content is available under CC-BY-SA unless otherwise noted.