Wildwood Druid is a humanoid Gaia-Titan bearing roots for legs, much like Archwarder and Overlos. A number of branches grow from her back, and she wears red and gold Celtic vestments. Wildwood Druid is the principal Titan belonging to Lane, while another is said to be in the possession of Scarlet Byrne.

Wildwood Druid was used by Lane in the Casterwill Library during Lucas Casterwill's attack on the Huntik team, who were trying do research on the Willblade. Wildwood Druid used her roots to immobilize Sorcerel and defeated her using her energy spores. She also attacked Sophie Casterwill but was met with an energy blast from Cherit, setting her on fire. She then used her roots to entangle Zhalia Moon but these were disrupted by her Venomhand power. S2E31

Wildwood Druid was later invoked by Lane to fight against the Organization Suits whilst rescuing Sophie, Cherit and Lok Lambert. She use her toxic spores to defeat Gigadrone. S2E31

Another Wildwood Druid is in the possession of Scarlet Byrne. Huntik Magazine Issue 17

Wildwood Druids is able to control leaves and roots, using her roots to immobilize her enemies. She can control these roots to grow from spots in the ground and capture her target much like the ability of Dark Dryad. She is also capable of attacking with toxic spores that prove lethal to Titans like Sorcerel and Gigadrone. S2E31 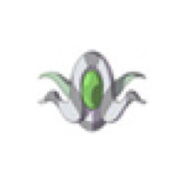 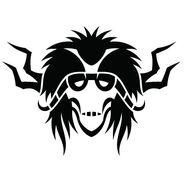 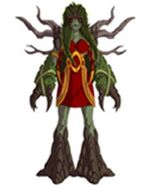 Wildwood Druid
Add a photo to this gallery

Retrieved from "https://huntik.fandom.com/wiki/Wildwood_Druid?oldid=80723"
Community content is available under CC-BY-SA unless otherwise noted.